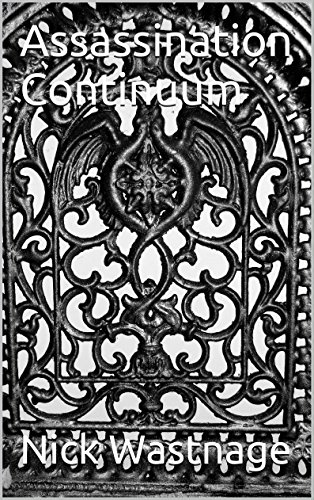 about this book: The second book in the trilogy The Harry Fingle Collection.

Having survived an assassination attempt and the underhand and immoral activities of the British and American security services, Harry believes he can start to bring his life back on track. He's wrong. Grigoriy Nabutov, the deadly Russian assassin who tried to kill him in Playing Harry, escapes from a police convoy taking him to the airport for deportation to Russia and receives orders to complete his unfinished business–Harry's execution.

Assassination Continuum is a page turning thriller that continues the scary life of Harry Fingle, a man dedicated to exposing the truth, but wanted dead by many. A stand-alone story, more frightening drama for Harry, and further twists and turns in his on-off relationship with his ex-lover.

An exciting and disturbing read that illuminates the treachery within the security services and the depths an assassin will go to achieve his objective.

I wrote this book and the follow-on that complete The Harry Fingle Collection trilogy in one year. I came up with the title the way I always do–a brain storming session with a friend of mine.

Much of what takes place in the three books in The Harry Fingle Collection concerns illegal activity by governments and immoral conspiracies within the security services and police departments. It bears a strong resemblance to the real-life Edward Snowden saga.

I was inspired to write the trilogy by the unexplained death of the British spy, Gareth Williams, who was found dead in a bag in his flat in London in 2010.

If you read this book, I hope you'll enjoy reading it as much as I enjoyed writing it and go on to read the other two books in The Harry Fingle Collection. You can e-mail me through my website. I'll be interested in your comments and what you think about Harry Fingle. I will reply. Also, if you feel inclined, you could post a review.