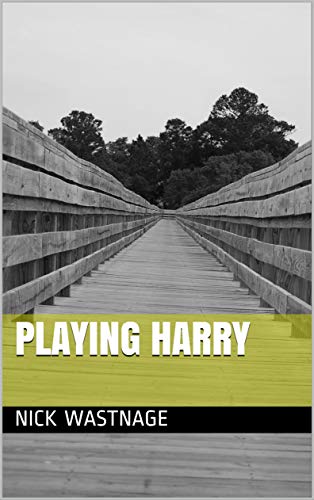 about this book: Long before Edward Snowden's leak of top-secret documents and the phone hacking scandal, Harry Fingle, an investigative journalist, had doubts about the integrity of the British police and the secret services. When he's charged with a crime he didn't commit, his brother and sister-in-law are murdered, and he's fired for no reason, he becomes deeply suspicious, and starts to dig deep. He finds–rooted into the heart of the British establishment–a conspiracy so shocking and scandalous it beggars belief. Both the CIA and MI6 are complicit: each with blood on their hands.

People in high places order Harry's death, his ex-partner of seven years won't let him go, and the loyalty of his long-standing friend is brought into doubt.

Harry becomes a pawn in a real-life game of chess played out by the security services.

Playing Harry is the first book in the trilogy The Harry Fingle Collection.

• 'If you want to curl up with a thriller constructed by a real master, you cannot go wrong with Playing Harry.' — KW