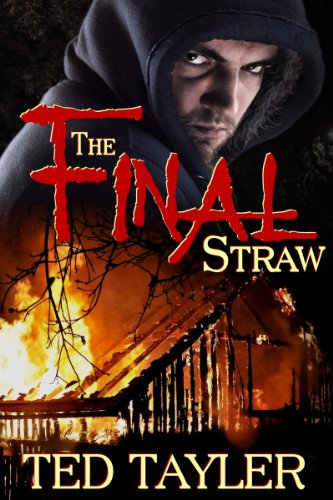 about this book: An only child, unloved and unwanted by his parents, Colin Bailey is a bitter, emotionally damaged young man, hell bent on exacting revenge on anyone who has stopped him becoming the person he believes he was destined to be. What sets Colin apart is his intellect and meticulous planning. Detective Phil Hounsell pursues his man relentlessly, while trying to avoid the small town in which he works sliding further and further into the grip of two rival gangs.

A devastating event in Colin's life provides the final straw that herald's a bloodbath. Can Phil prevent it happening or will he too be a victim?'

This tale of revenge spans almost two decades, yet the police are chasing shadows; it builds in pace and tension to a thrilling climax against the backdrop of a seemingly quiet West Country town.

"This is a thrilling tour de force of a novel from beginning to end, which will have you devouring the final chapters one after the other to find out if DI Phil Hounsell finally gets his man. Fans of crime thrillers need look no further - it's well worth the few quid it will cost you and an excellent holiday read, too!"

The Final Straw' explores the dilemma - could you love a stone-cold killer? As to why I wrote it, well, I had imagined writing something completely different, but as I began that story I realised I needed to fill in some of the characters 'back stories'. As soon as I typed 'Colin Bailey was invisible' everything changed. All 95000 words were written in twelve weeks, off the cuff, no plan whatsoever! The original plot became an irrelevance, only a tiny portion remains in the book. I began to wonder about hat old chestnut 'everyone has a book in them'. Once I'd hit on that first line - it was the key to unlock MY book. Perhaps it's true, we all have one in us, preprogrammed in, and we just need to find the key! Spooky, isn't it?

'The Final Straw' was voted 'Best Book Ever' by Quality Reads UK Book Club in September 2013 and Ted Tayler was inducted into the Orangeberry Book Tours Hall Of Fame.