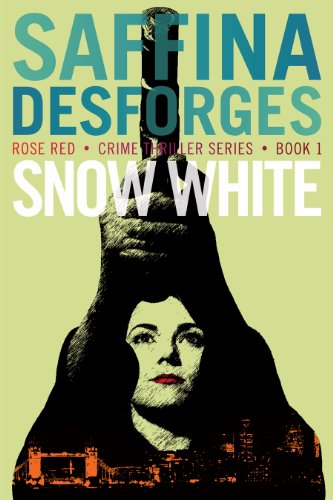 about this book: Snow White is the first book of the Rose Red crime thriller series.

Cass 'Red' Rose is a feisty female cop fighting the usual battles that go with being a senior detective in London's Metropolitan Police. Most coppers go home at night and forget about it. Not so easy when your partner is a leading criminal defence lawyer. As one fights to put them away, the other tries to get them off.

A priceless artefact is stolen en route from the Louvre to the Victoria & Albert Museum and now the mysterious Queenie wants The Hunstman to get it back. For Red the case is a distraction from the more pressing matters of hoodies terrorising the elderly on London estates.

But when Red's boss and mentor is targeted by The Hunstman things get personal. Very personal.

Set in modern-day London, Snow White (and The Huntsman) is a fast-paced, gritty urban thriller that will leave you wondering whether fairy tales really do have happy endings.

MORE BOOKS IN THE SERIES

When we first created the Rose Red series, we wanted something different. I think we got it! Aimed originally at readers who like serial detective fiction with strong female characters, Red is now a favourite with the boys too! ;-)