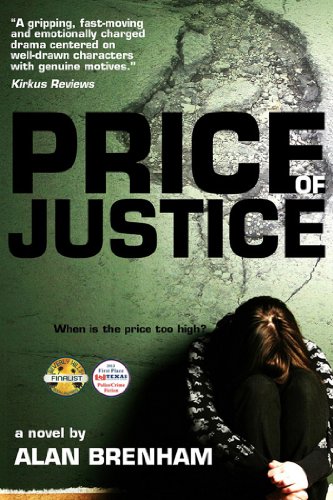 about this book: Price of Justice is a story about getting justice as told from two different viewpoints. One is an Austin police detective, grieving the loss of his wife while raising a young daughter and working through legal channels to solve two homicides. The other is from the point of view of a police crime analyst taking the law into her own hands.

Along the way, the Detective inadvertently strikes up a friendship with crime analyst Dani Mueller, who has seen her own share of tragedy and has just one thing on her mind: vengeance.

When Scarsdale is assigned to investigate the death of a man he arrested, he begins to uncover new evidence indicating the man is innocent of the crime. However, the investigation is stalled by one of the Detective’s own corrupt colleagues, and by Mueller, who witnessed the murder but is silenced by a dark secret.

The book has been edited and re-published by Black Opal Books.