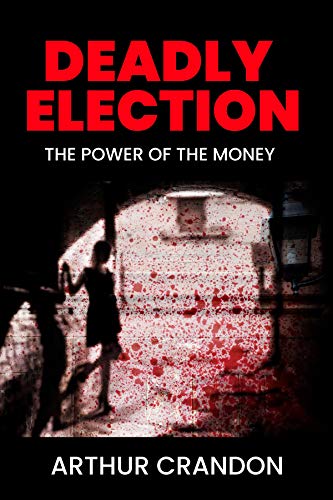 about this book: Anyone who like crime thrillers will LOVE this book. It is set in the Philippines and lifts the lid on the danger, the bribery and the corruption of this small south east Asian country. I am married to a Philippina and lived there for ten years.

I think the hardest part of writing this book was to write it is such a way that it would be believable, because, unless you've lived there it is difficult to imagine that people can be so evil, that such unimaginable things really can happen, and that the elite and powerful can get away with it.

The story shows the attempt of a Senator, Enrique Consuelo, to become President - the tricks and crimes he commits, the people he murders, in his desperation.

Paul McCain, a US veteran living in the Philippines finds out what he is doing and confronts him - after that it is a bloody cat and mouse game. Can Consuelo win the election? or will Paul thwart him? It's going to be close, and neither men have bargained for the nefarious actions of Consuelo's long-suffering wife who is determined to get her share of his wealth.

An Amazon reviewer said:
"Arthur Crandon brings to life the sordid world of third world politics in a powerful and eye-opening way. it's hard to keep up with the twists and turns, but it's worth it."