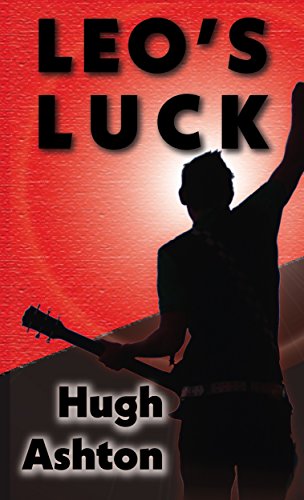 Is Leo's luck about to change, as he travels the byways of rock 'n' roll with Pig, Scuzz, Chick, Lurch, and Chaz? And what's Bobby's little secret, anyway? A surreal romp through the worlds of music and disorganised crime, not to mention the paranormal and a little romance.

"Leo's Luck reads like Richard Parker (Donald Westlake) crossed with Murakami - the witty tone and hard-boiled Tokyo go together like deep fried sushi …
Ashton captures the subtleties and strangeness of Japan's megalopolis as only a long term veteran could." Jake Adelstein, author of Tokyo Vice, soon to be a movie starring Daniel Radcliffe

"Hugh Ashton steps out of his usual wheelhouse with this book, but you'd never know it as he handles an unfamiliar world with the depth and skill of a master craftsman. A wonderful mix of character and originality." Percival Constantine, author of the pulp action/adventure series The Myth Hunter