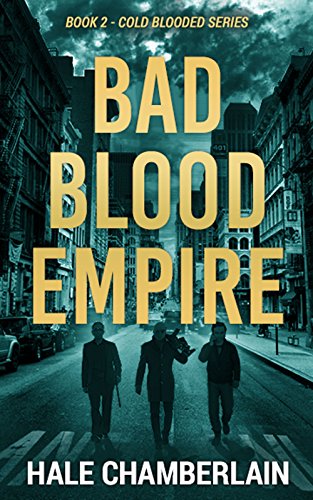 about this book: A few years ago, I came across an old paperback version of the Godfather, the acclaimed mafia novel from Mario Puzo, which I had never read. I finished the book in 3 sittings, and was thrilled and deeply moved at the same time. So I set out to write my own gangster thriller story, and decided to set the scene in London where I reside. This formed the basis of Bad Blood Empire, my first novel, and a fast-paced, action-packed gangster story. In it, I tell the tale of how Zakariya Mansouri and his friends run their narcotics empire in London, and how growing up in the most dangerous suburb of Paris made them the men they are.

I have tried to make the story believable, based on my own experience of London's dark street and Mantes-la-jolie's painful history. At the same time, the characters had to be men of unparalleled courage and bravado, and one might recognize certain traits pertaining to the rebel youths of the Parisian suburbs. And just for the fun of it, I have added some element of mystery, whereby Zakariya's life is threatened by an insider amongst his group of childhood friends.

So pick up the book, sit back, relax, and enjoy this thrilling mafia story, full of vengeance subplots, riveting car chases, troubled pasts, forbidden love, all conspiring to lead to an epic finale.