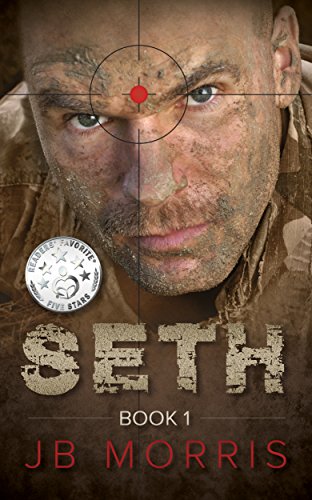 Book: SETH: "He Must Die" by JB Morris

about this book: Five star Amazon ranking. Pamela wanted to love him. Angel wanted to kill him.

• "Seth, in the tradition of Jack Reacher, is real hard to put down."

• "Like Tom Clancy, Morris gives his readers in-depth details on weapons and battle."

If you love reading about drug cartel wars, corrupt police, and assassins, don't miss SETH, an action-filled book on a Marine's vigilante justice. Staff Sergeant Seth Collins wasn't your typical Marine. A member of the elite Marine Corps Force Recon, he had a Navy Cross on his chest and six combat deployments under his belt. Called home to care for his ailing father, he became a Hillsdale cop. Seth needed to quit and escape from the memories of Marines killed fighting the president's politically correct wars. Fate had a different plan. The Mexican Los Guerreros and Halcon Cartels declared war against each other for control of the drug trade. Hillsdale was ground zero. Corrupt police threatened Collins father. Big mistake. Seth tossed political correctness out the window. He fought back like one pissed-off Marine.