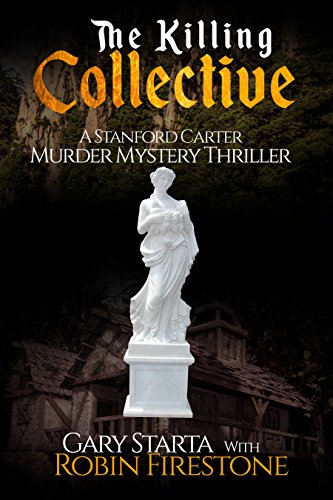 about this book: What if killing was contagious? Det. Stanford Carter leaves Boston PD to take an FBI job in NYC where a string of alleged 'thrill' kills are taking place. But is there more to the story than meets the eye.

Teaming up with his wife and forensic expert, Jill Seacrest, the pair team up with rookie agent Shania Deeprose to forge a bond of mind, spirit and courage. Carter, who is a student of Zen, and all business will be tested in this novel along with his fiery-spirited wife Seacrest who never backs down from a fight be it in an alleyway or an FBI forensics lab. Deeprose's unbridled enthusiasm as a rookie may prove an advantage and downfall.

The Contagion Theory proposes even logical people will be disposed to violence actions if incited while in a crowd. What if someone wanted to manipulate behavior for a sinister or even goal-oriented end.

It will take all the team's courage and determination to catch not only the killers but those who may be pulling their strings in this taut, detailed and not-to-be missed murder/romance/thriller sure to keep you turning pages into the night.

Review:
Reminiscent of "The Manchurian Candidate" but updated and on steroids, Gary Starta had knocked it out of the park with this conspiracy, murder, thriller. Meet Stanford Carter and his partner in life and work, Jill Seacrest. Heading from Boston to New York at the request of the FBI, the two find themselves immersed in the hunt for a killer as a string of murders plague the city. Shania Deeprose is added to the team as secrets of past power and greed join with the present. The author ties the twist and turns together in a suspense thriller that will have readers on the edge of their seats. The author knows how to tell a tale readers will feel comfortable with and one that is so compelling, you won't want to put it down. - Pamela Winn, Author