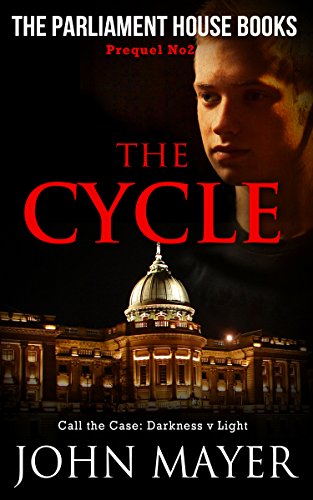 about this book: In this interesting short story we get the first glimpse of the man that Brogan will become, but also the strength of the community links which will ultimately keep him tied to his roots and the people of the Calton Bar.A great set up for the future full length novels. 4* JenMed75

The Cycle is the second prequel to The Parliament House Books series, introducing the teenage Brogan McLane at a crucial stage of his life. When McLane's mother and her friend are brutally attacked and robbed, the Calton community rallies to discover the culprit. McLane finds himself torn between the community's traditional way of dealing with such perpetrators and his growing sense that there is a different route to justice. With the support of the local community leader, McLane's life takes a new path, one that has a lasting effect on the whole community.

I wrote The Cycle, The Cross and the Boots in response to readers asking me what made Brogan Mclane the man they met in The Trial (Book One in the full length novels of the series). These are short books, that stand alone, but which reveal more of the man and his origins:the tumultuous night of his birth, his coming of age and his first client as an Advocate in the Supreme Courts of Scotland, in Parliament House Edinburgh.