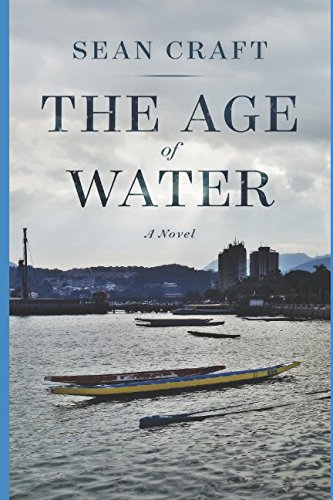 Book: The Age of Water by Sean Craft

about this book: This is a book set in present day Asia, but its reach is much wider than that. Its double context is the newly assertive China, and the environmental catastrophe that is engulfing the greater Chinese region. The story is premised on a deal to sell clean water to China from Australia, and the central character is a member of the Hong Kong firm that brokers that deal. He is an expat, something of an innocent abroad, and does not see the reality of his situation, or the real reason he has been hired. It follows his life, loves, and many misunderstandings through the first half of 2015, to the point when, for the first time, there was a vote on democratic reform in Hong Kong.

If that sounds too political, it is also a story about desire and pleasure, as it follows the perceptions and failures of the lead character. Belatedly, he realizes that his relationships are not what he had imagined, and that behind the commonplaces of the everyday he has been witness to a crime, and that he is in real danger. His world, it turns out, is not unlike ours, as it is one where expediency trumps principle, where the outcomes of global migration are uncertain, and the possibilities of love as intoxicating as they are troubled.

I have been travelling through, and working in, Asia for many years, and the book is in a way a tribute to the region, a place that can be as frustrating as it is wonderful. The cover image is based on a photo I took in Hong Kong, and in many ways captures that sense of ambivalence.