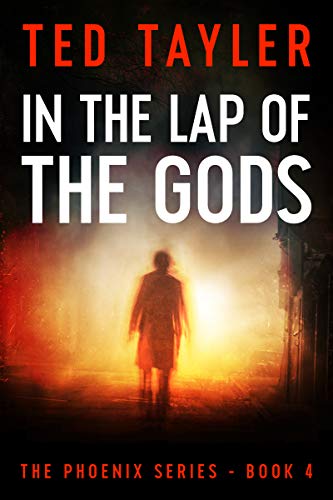 Book: In The Lap Of The Gods - The Phoenix Series Book 4 by Ted Tayler

about this book: This is the fourth book in the series so far, and it takes the stories featuring the Olympus Project in a new and exciting direction. At the end of book three Erebus one of the main instigators in setting up the Olympus Project had retired. Athena and Phoenix were assigned to take over the leadership at Larcombe Manor - the UK headquarters on the outskirts of Bath.

Phoenix and Athena have battles to win against vicious gangsters on home soil and within the organization they uncover potential senior members who are plotting to take control of the world wide Project. They aim to topple governments and take the organisation in a different, far more sinister direction.

For me as a writer, the development of the story of Olympus into a global arena affords me many more stories to tell. For the series to 'have legs' I felt the vigilante killer knocking off a string of criminals who seemed above the law had reached saturation point and a broader scope was required. I hope you will enjoy the new direction in which I'm taking Phoenix. I'm sure you'll be surprised at all the changes that occur in this book. So much can happen in the blink of an eye can't it?

The action is non-stop as it switches from the West Country to Windsor, then from England to the Mediterranean. Take a deep breath; once you start you'll want to keep turning pages until the end.