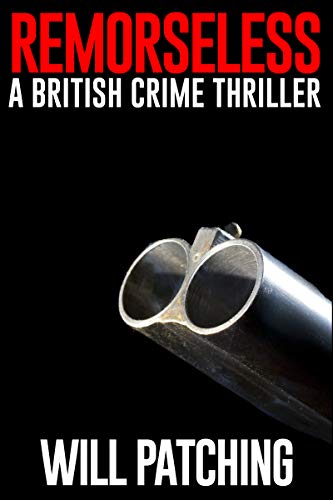 about this book: A criminal profiler, tortured by guilt over his wife's death and plagued by vivid images of the evil men he has hunted, finds himself on the parole panel considering whether to release a prisoner he helped convict. Hallucinations and nightmares haunt Doc Powers as he fears for his sanity, and he struggles to convince his colleagues that psychopathic killer Peter Leech should not be released.

But Leech wants out - by any means - as he has plans of his own. He blames his brother for his conviction and wants revenge. He also has another kind of obsession: Judy Finch, a parole officer, has become the unwitting object of his infatuation.

Can Doc heal with Judy's help, and will he and Detective Jack Carver find out the truth about Leech in time to prevent him from murdering yet more innocents?

Find out by grabbing your ebook (currently FREE!), paperback or audiobook edition of Remorseless!

Some readers have asked why I would write such a dark and (for some) disturbing tale, deliberately putting a psychopathic killer at the heart of the novel and spending so much time writing from his point of view. Well, my plan was to help the reader get inside the mind of a genuine psychopath - not the sugar coated kind that Hollywood churns out, the murderous villains with 'essential' redeeming or endearing features, or like Dexter, a supposed psychopath impossibly equipped with a conscience!

No, I wanted to help the reader understand the true nature of the beast, the Bundy's of the world, the seemingly ordinary ones who inhabit everyday life rather than the sophisticated mythology such as that surrounding the genius fictional psychopath Hannibal Lecter. My aim was to expose the reality of the masks they wear, like the boy next door who everyone thinks is normal - until he carves his girlfriend's face off.

Many readers, and now listeners too with the launch of the audiobook, found the experience thrilling but at times uncomfortable - rather like a roller coaster ride. Remorseless is a dark and disturbing tale, and not one for faint hearted readers. Even so, if you like gritty crime thrillers with plenty of suspense, along with some unexpected twists, then I hope you enjoy reading my novel as much as I enjoyed writing (and narrating) it!