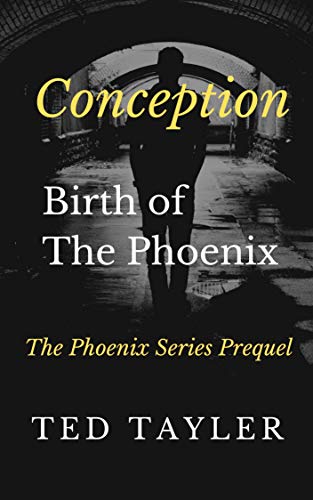 Book: Conception - Birth of 'The Phoenix' by Ted Tayler

about this book: 'Conception' – The Birth of 'The Phoenix' (July 2015), is a compilation of the two novels that preceded 'The Phoenix' series.

The Final Straw' touches real life issues of loss, dying and a sense of purpose. To balance the darker sides of the book there are moments of humour and music too.

The story deals with family drama, tragedy, death and revenge. Colin Bailey's experiences turn him into a stone cold killer with a lack of emotion that will make your skin crawl.

And yet it's hard not to feel some pity for him when, just as he thinks he's created a safe haven for his family, their world comes crashing down. It's 'The Final Straw' that opens the floodgates.

'Unfinished Business' the sequel to 'The Final Straw' follows Colin Bailey on his journey of revenge pursued by DCI Phil Hounsell and his colleagues. In 'The Final Straw' Colin avoided capture and escaped to Africa; will he be so lucky this time?

'Conception' enables new readers to catch up with the story so far. They can discover what moulded the character of the main male protagonist of the series that features this vigilante killer 'The Phoenix'.