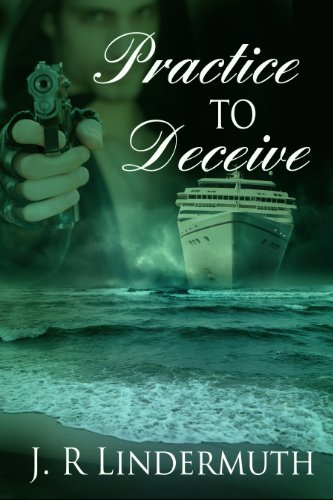 about this book: This is the fifth in my Sticks Hetrick mystery series. Initially, Hetrick was the retired police chief of Swatara Creek, a fictional community near Harrisburg PA, who was called back to service as consultant to his less-experienced successor.

After four novels, I decided Chief Aaron Brubaker was up to handling the job himself and I gave Sticks a new opportunity to work as county detective in Practice To Deceive. Prior to assuming the job, Hetrick and his new love go on a Caribbean cruise. Naturally, trouble follows with two murders that have roots back home.

Meanwhile back home, his friends on the force are probing a series of assaults on young women.

Because of the Pennsylvania connection with his victims, Hetrick turns to his hometown resources for assistance.

• "Lindermuth presents a large cast of characters, but paints them so deftly (with just the right amount of color and depth) and keeps the pace moving at such a brisk clip there is never any problem keeping up with who's who." — from a review by Wayne D. Dundee