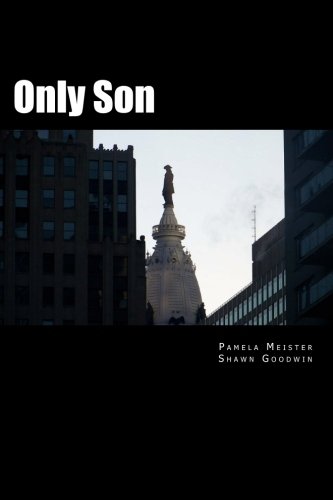 Book: Only Son by Shawn Goodwin

about this book: Only Son is a story about two Philadelphia homicide detectives investigating the death of a U.S. serviceman, and the interpersonal and political forces affecting their case. It is also a character study which delves into the off-duty lives of members of the busiest division in the Philadelphia Police Department.

The book is a much more realistic view of police investigations, written in part by an 18-year veteran of the Philadelphia Police Department. While this is a work of fiction, most of the research surrounding the book was gathered through personal experience. The project took just under three years, from inception to publication.

The title is a reference to the murder victim, his parents' only son.

The cover photo of William Penn was chosen because he represents Philadelphia's original only son; a man who Quaker ideals were not immediately embraced. He founded Philadelphia after his Quaker government was rejected in the Delaware colony.

Our target audience would be those who appreciate a gripping, realistic crime drama set in a city that sees hundreds of homicides every year.

Only Son is the first novel from the authors, and was self-published. We would simply ask readers to give us a chance. Only Son will not disappoint. The book has been received well at Amazon.com, with an average review of four stars.