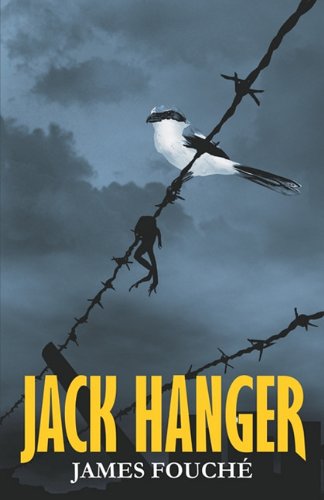 about this book: Jack Hanger is the story of Dave Matters, a young man suffering from OCD and selective memory loss. When his brother is murdered, Dave is forced to return to the gritty Cape Town drug world in order to find his brother's murderer.

He is a blunt instrument and care-free about the consequences of upsetting the drug industry. Many readers have described him as "The guy with the dragon tattoo"...

Dave took many years to write. He spawned into being while I contemplated the fatherless generation and the effects of drug and alcohol addiction in a struggling economy. I didn't want to tell it from the POV of a worn-out detective, hell-bent on finding the baddies. I wanted an anti-hero with heavy emotional baggage.

For this novel I forced myself to write a tight, concise version of the troublesome SA crime world. I also applied a sense of ambiguity to the flow of the story, so as to describe Dave's confusion. At the same time, it is still a revenge story with car chases, shoot-outs, and baddies...

Though researching the crime aspects of the focus topic, the psychological detail took far more time to capture on paper. I hope readers would enjoy the complexity of the lead character and his daily struggle with his own mental instabilities.