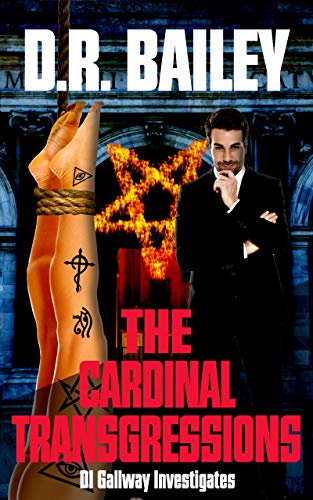 about this book: Following on from his third foray into crime fiction "The Cardinal Transgressions" this fourth novel by D.R. Bailey continues where "The Mass Murders" left off with a no holds barred gritty but nevertheless humorous crime drama set around a team of intrepid detectives in Ireland. This sequel continues the adventures of fictional Detective Inspector Gallway and team, who find themselves pitting their wits against dark forces in Rome. Whilst on holiday in Italy's premiere city, D I Gallway is lured into a world of the followers of the antichrist. A series of gruesome murders set off a chain of events where the surprises keep on coming and the action keeps rolling right onto the end. In this novel, Bailey puts his foot on the gas and once out the starting gates it never really lets up. Definitely one for crime fans.

Bailey continues with his unmistakable brand of humour but also explores the underbelly of a rogue group set on the demise of the Catholic Church. Bailey once more tackles all the many different aspects of sexuality with sensitivity but some racy sexual themes. This is a roller coaster of a book and fans won't want to get off until they reach the end, it will leave the reader wanting more. Bailey, as always in his inimitable style gives us believable everyday characters making us want to get involved in the nitty-gritty of their lives. There may be some gruesome scenes but the interlacing of humour acts as an antidote to the serious topics he broaches. Yet again Bailey has produced a novel which can appeal to people of all persuasions and is totally engaging from start to finish. Bailey's continues his excellent run of detective prose while his readership and fan base grows. Bailey's novels have great appeal in Ireland and beyond.