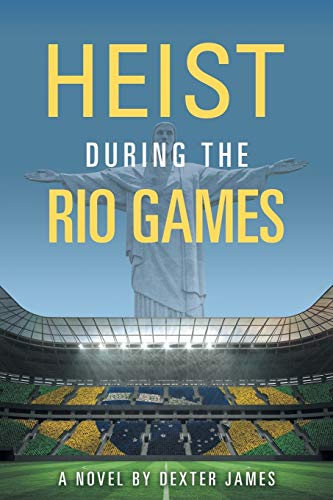 Book: Heist during the Rio Games by Dexter James

about this book: The 'Heist During the Rio Games' began it's life as a short story and evolved into the novel it is now. The novel is an easy-reading, entertaining story that takes you from a single cell located at a remote, state-of-the-art prison facility in Northern Ontario to Brazil and then finally, Europe.

In between the travelling, Brian Beasley is about to perpetrate the greatest theft in history. The crime is orchestrated by a Crime Lord in Rio De Janeiro and will result in the theft of the equivalent of half a billion dollars.

There are surprising twists and turns in the novel that hopefully will keep the reader engaged and wondering how it will all end.

I have been told by many of the readers that it would make a great film. I have also been told that the heist was a little far-fetched but coincidentally, just after the book was published the exact same crime occurred in Tokyo. Hmmmm.