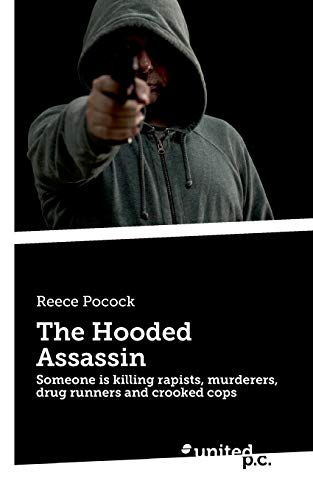 about this book: In Australia, an expert assassin, always disguised, begins killing, apparently at random. Police soon realise that the victims are all linked by criminal activity for which they have not been brought to account and that the killings are the work of someone who believes the criminal justice system has failed the community. Then Sergeant Dan Brennan and his mate Mac Maclean become the targets of an assassination attempt themselves as they get too close to solving the murders. It becomes clear that the assassin is an ex-soldier but when the Army blocks efforts to identify the man, Brennan and Maclean realise that a bigger game plan is afoot - rogue elements in the Army are planning the overthrow of the Australian Government, using the assassinations as a smokescreen, because they believe they can run the country better.The Hooded Assassin is the third Dan Brennan and Mac McLean novel by Reece Pocock. This time they are baffled by the audacious killer who is killing murderers, sex offenders, rapists etc. when they walk free from court because the judiciary sets them free.

What they don't know is, people in high places are pulling strings to make their task impossible.