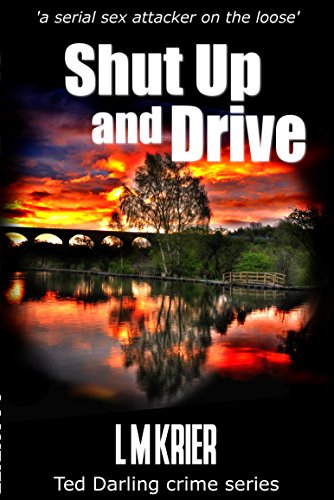 about this book: What readers say about Shut Up and Drive

• 'Ted is a wonderful copper, idealistic, caring and not without flaws, which makes him even more endearing'

• 'builds to a thrilling end which had me holding my breath'

• 'there are shocks galore.. so much going on - a dangerous unhinged individual on the loose and some of the team hurt along the way'

Ted Darling's facing a tough case. A serial sex attacker is on the loose on the streets of his town. He's doubly dangerous because he doesn't care whether or not he's caught. All his victims say he's dead behind the eyes.

The man randomly targets young women, abducts them from busy supermarket car parks, attacks them and steals their cars. He's armed with a knife and is clearly highly trained in how to handle it.

Ever-dwindling police resources make the manhunt harder and puts Ted and his team members at personal risk. As the gripping thriller nears its climax, the dangerous predator becomes even more ruthless and his actions threaten the lives of more than one of the team members.

Ted is going to need all his skills as a former Specialist Firearms Officer to bring this perpetrator to justice.

Who will be attacked next and will they survive?