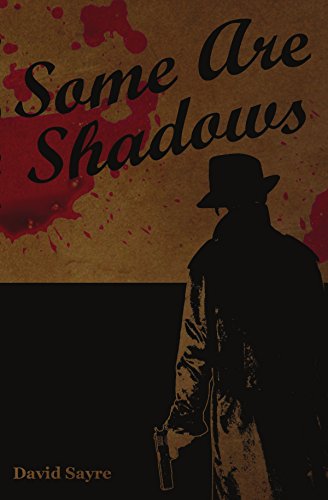 Book: Some Are Shadows by David Sayre

about this book: I have always been fascinated by the world of the pulp, or Noir, detective. Investigating the darker sides of human nature in the streets of a post-war America, often uncovering deeply guarded secrets that proved much larger than what was on the surface at the outset of the detective's journey.

Being a Miami native, I set my story in my hometown, a city that was vastly different in 1952. It opened up endless possibilities to explore shadows of the past, the Magic City on the verge of becoming the seasonal hotspot for Hollywood entertainers and gangsters from the Northeast.

But on the other side of town, a black cultural boom was happening in the neighborhood of Overtown. Business was good and some of the world's greatest performers, like Billie Holiday and Count Basie, performed on stage and could be seen around town at the hotels and restaurants that lined 2nd avenue.

This is the time and place in which the fictional crime of "Some Are Shadows" occurs. The murder of a Hollywood star, with roots in Overtown, named Etta Childs. Hired by the victim's brother to investigate, Detective Ben Sheen is thrust into a world he does not know. Sheen's downtown office and house on the bank of the Miami River, though geographically not so distant, socially seem a world away. In the boomtown of a segregated city in the South, what's a white detective to do when looking into the murder of a woman of color? Perhaps open his eyes and see a world beyond his own, filled with new experiences and a greater sense of community.

I hope Some Are Shadows will present to readers an opportunity to explore a piece of the world they might not have known about. Maybe it will give some who did know a chance to return.

For others, it may simply be a chance to be told a good story of murder, romance, scandal and corruption. Part murder mystery, part historical fiction.

Whatever the reason, I hope you will choose to join Detective Sheen's investigation. I assure you, I am glad I did.