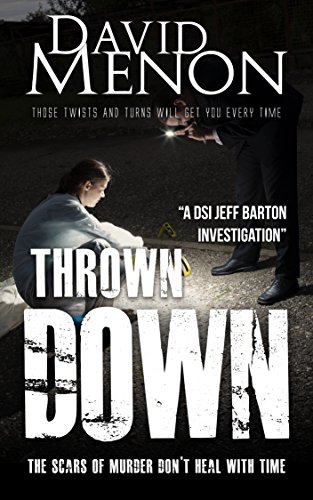 about this book: How do you explain to your husband of over thirty years that your brother has been found murdered when you've always told him you have no family? That's the dilemma faced by Patricia Knight, a seemingly ordinary suburban housewife in Melbourne, Australia who gets a visit from the local police one night to tell her that her brother Paddy had been stabbed to death in his flat in Manchester, England. The gradual unravelling of Patricia's past as a member of the IRA back in her native Northern Ireland at the height of the troubles in the early 1970s becomes the backbone of the story, how she left it all behind her to start again on the other side of the world, and how she had to return to the UK in order to bring closure on that part of her past and to pay her respects to the brother who protected her from going to prison by sacrificing his own freedom, and to finally come face to face with the son that she'd been forced to give away. It's also a whodunit basic crime story but I can't give too much of that away, but the main detective, DSI Jeff Barton, also turns a corner in his own personal life during the course of his investigations.

This will appeal to fans of crime fiction who enjoy a good plot, well rounded characters and a slight political edge. It's already gained over 40 5-star reviews on amazon and my biggest challenge when writing the book was to try and get the reader to have some sympathy for Patricia Knight, despite what she's done, and to put across a balanced view of the political situation in N.I at that time.

What I'd like to say to readers is that I hope the story and its implications will interest you and that people are far less black and white than we'd like them to be. The grey side of a character's personality is where I dig deep for inspiration.