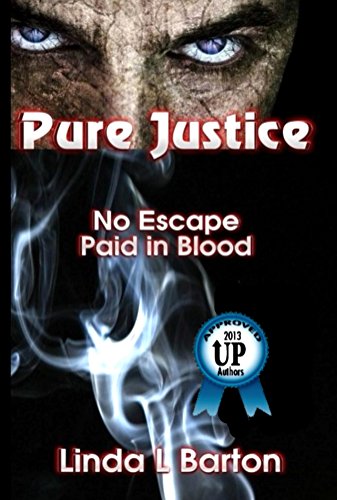 about this book: Have you ever wondered how those who commit heinous crimes are able to escape payment for those crimes? When Ted Braxton and his two best friends came home from Vietnam they were anxious to return to their lives, but that all ended when his friends were murdered and those guilty escaped justice. Ted now had a new mission; to assure justice was brought to fruition when the legal system failed.

Detective Doug Mabry is on the trail of a vigilante who appears to kill those who've escaped punishment for their crimes, but what he learns about the vigilante shakes him to his core. This is the story of two men with the same mission. One works on the side of the law while the other works in the shadows - outside of the law. Will Doug stop Ted before he strikes again, or does he even want to? In a society of laws, what would you do when those laws are corrupted by the guilty? One man chose to made it his mission to assure there was no escape and the guilty paid in blood - Pure Justice.