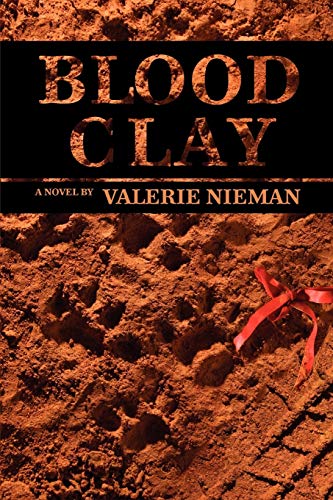 about this book: Blood Clay is ultimately a story about the search for home – most of the major characters are trying to figure out their place in the community, whether they are newcomers, returning natives, or those who find the South that they knew is changing rapidly.

I've always been interested in place, and how one way of life disappears to be supplanted by another. The main character, Tracey Gaines, is an explorer – she tries to learn about the fictional location of Saul County, North Carolina, through rebuilding an old farmhouse and digging in its abandoned dumps. When Tracey takes her friend Dave on one of these "digs," they are not only finding a way into the past but also into a budding relationship. The deeper they go, the more dangerous the territory – settlement and slavery and war in the physical unearthing, personal attraction and vulnerability in the emotional ones. She must literally dig up the past, while Dave's history is framed by generation upon generation of his family on this soil.

Although I hadn't realized it in the writing, there is a lot of consideration of what lies under the surface—in dig sites and ditches and graveyards and farm fields. Fred Chappell recently commented that the forces arrayed against these characters are "almost chthonic in nature," and all the more troubling because their motivations are concealed or unclear.

There is a lot at stake in the book – which is a crime story, a story about the new South, and a webwork of personal dramas. It is tightly constructed as a result of all the years I worked as a newspaper reporter and editor as well as my work as a poet. The title references both the attack that claims the life of the child, and the ways in which people and land are connected.

Tracey as the newcomer, a divorced woman starting over, has a need to help, to fix things – a pretty common trait in teachers. She works hard on her troubled children, decaying farmhouse, the feral cats that live there, even Dave, who has suffered physical and mental trauma. Yet in the critical moment, she is unsuccessful, and haunted by that failure.

While Tracey and Dave are the main characters, a major secondary element is the relationship between the troubled teenager Jim Pennell, his father Artis, and his teacher Dave. I think that men would find this book as compelling as women, because of the strong story arc about men and how they shape their lives.

This novel was the first I'd written where I had no idea how it would end. I have a favorite E.L. Doctorow quote that came along at a rough time in the writing: "[Writing is] like driving a car at night. You never see further than your headlights, but you can make the whole trip that way."