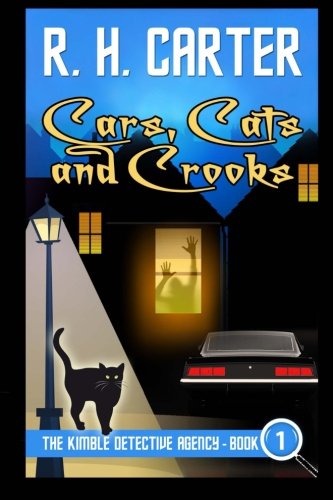 about this book: "Cars, Cats and Crooks!" introduces Peyton Kimble, a 42 year old who starts his own private detective agency after being made redundant from his job in a car factory.

He has no experience as a private detective at all and his wife thinks he's having some sort of mid-life crisis, but he doesn't let that stop him.

There first case gets them started and gets the business noticed, but when an ex-work colleague turns up dead, Peyton and his sidekick Jackson are drawn into an entirely more sinister world that will change both their lives forever.

The police consider the death to be a suicide, but Peyton and Jackson don't agree.

However, with all the evidence stacked against them and even the police turning their backs, can Peyton and Jackson prove that this was something more than a simple suicide?

What they uncover will turn Peyton's entire family upside down, dredging up old secrets and scandals from the past that most thought were long buried and forgotten.