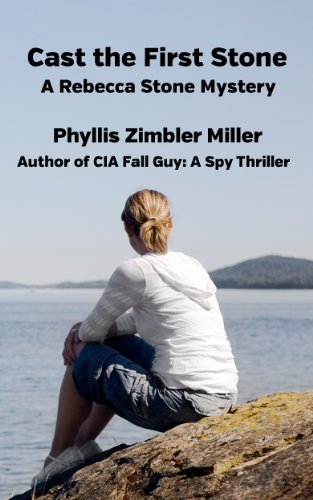 about this book: I originally wrote this mystery novel and others in the series many, many years ago. I had two different agents interested in selling the series to publishers, but nothing ever materialized.

Recently I realized that I could update the books to now -- yes, the Internet has made many changes in the life of a newspaper reporter.

In addition, I had originally written scenes in CAST THE FIRST STONE that describe PTSD symptoms. But, when I first wrote this mystery, PTSD was not used as a term. As it is now, and as I frequently blog about PTSD, I added specific PTSD info in the novel.

I also added recipes from the Jewish holiday book SEASONS FOR CELEBRATION that I co-authored with Rabbi Karen L. Fox (after getting permission to do so).

The cover of the novel is a photo of North Beverly Drive in Beverly Hills, California. I love the way tall palm trees line that street for several blocks between Santa Monica Blvd. and Sunset Blvd.