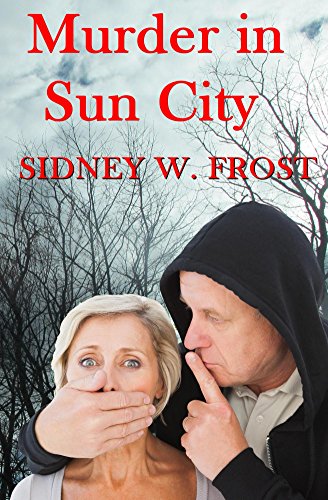 about this book: Murder in Sun City is the fifth book with Liz, the bookmobile librarian, as a major character and the first where she is the main character. In the first four books we learn that Liz is a widow who raised her grandson as her own child. Late in life, she goes back to college to learn to be a librarian, a life-long goal. We also learn her grandson is in prison for several DUI convictions.

In the first four books, the readers get to know her through the eyes of the other characters. Everyone loves her. Well, not her boss, but it might spoil the story for you if I said more. Some talk about her being a great cook, a little overweight, not terribly concerned about how she looks. Most would say how caring she is.

In Murder in Sun City, she has remarried and is living on a farm in a small town where she drives a bookmobile around a retirement community. Since this book is written in Liz' voice, the reader learn how she feels about herself. She really doesn't care about how she looks, but she is proud of her cooking skills. She really does care about people and has a knack for spotting those in trouble.

This story takes place in a retirement village where I live. My readers love to guess where the scenes take place. In this story, Liz's grandson is out of prison and graduates from college during the story. While waiting on a job, he works for Liz as the bookmobile driver.

Since this was Liz's fifth book, I knew her well. I even knew things the readers where yet to know. To be honest, she is based on a real person—A real bookmobile librarian I drove for a long time ago.

The hardest part of writing this book was developing the killer and making him realistic. I think you'll like the results.