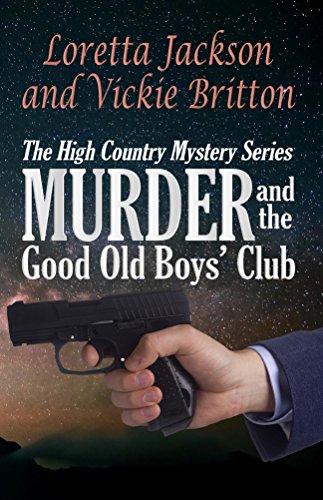 about this book: Seems there's a Good Old Boys' Club in every town. Everyone knows them. Everyone knows who they are. That's how we came up with the title. Sheriff Jeff McQuede's county is no different. There is a special group of the town's elite who trade investment opportunities and stock tips and always seem to get the best deal. At the head of this group is Ben Ward. Now the members of the group have pooled their money into a recreational community called Pleasant Valley Retreat. Only this time they are losing money. And someone doesn't like it. Someone blames Ben Ward.

This book as inspired by two ideas. One was a TV show about a swindler in Colorado who got a group of people to invest money in his project by promising them log cabins. He took the money and paid them dividends out of the millions he had accumulated, but he didn't build the cabins. They didn't suspect anything since they were getting paid their dividends until there was no work on the project. He suddenly just disappeared, leaving them to lose their life's savings.

The other event was just a speculation–we noticed how widows or widowers often have their headstones made in advance with no date on them. We wondered what would happen if someone came in and scratched the date as a threat. How terrifying that would be!

In our seven Jeff McQuede High Country Mysteries we center each standalone story around an event or crime. Our hero, a modern day cop with old-time values trys to keep law and order in Coal County, Wyoming.