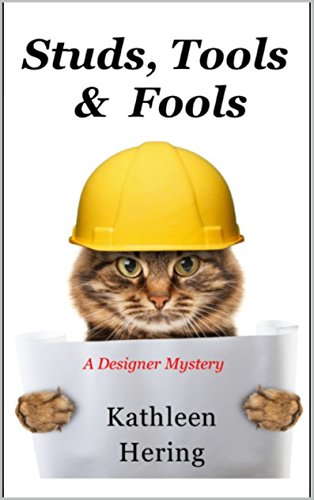 about this book: STUDS, TOOLS AND FOOLS was written in response to readers of the Designer Mysteries asking "what happens next?" In this third book of the series, interior designer Laura Howard stumbles into the middle of a bank heist. The calamities that follow are complicated by local television stations that insist on airing her photograph and labeling her as "the brave woman who halted a bank robbery."

Will her life ever be the same again? Is there a connection between the bank robbery and the armed man she finds in her kitchen? Who left tire tracks in the front yard of her home (The Harrington) and later sends her to the hospital? And, how can she concentrate on flaming her on-again-off-again romance with her business partner builder Russell Graham when she's constantly on the phone with the Portland (OR) Police Bureau?