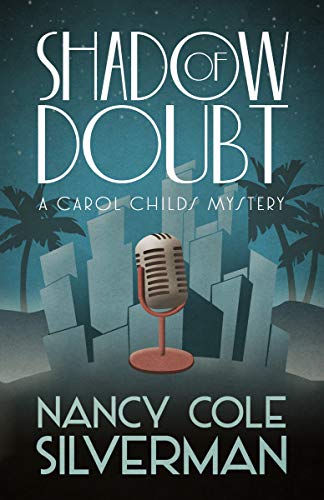 about this book: Just in time for the Holidays. SHADOW OF DOUBT, a 99 cent special will start mystery fans on the first of the Carol Childs Mysteries. When a Hollywood agent is murdered on the night of a big awards show, suspicion quickly turns to one of her two nieces. But Carol Childs, a reporter for a local talk radio station, doesn't believe it. The suspect is her neighbor, friend and primary source for insider industry news. After a media frenzy pits one niece against the other – and the body count starts to rise – Carol knows she must save her friend from being tried in the court of public opinion.

Fans of Stephanie Plum will love the Carol Childs Mysteries. Carol is a smart, witty female reporter out to prove brains beats brawn and a mic is more powerful that a forty-five. Four and Five star reviews all claim the book to be masterfully plotted, laced with humor and full of twists and turns that will keep readers to the very last page.