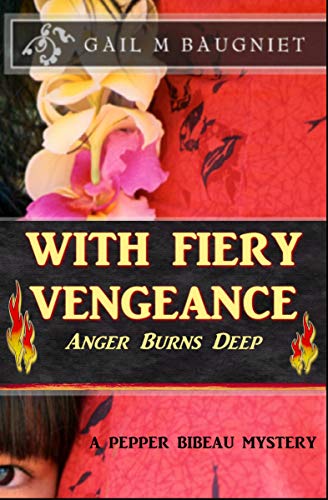 about this book: A tragic death in the family on the Big Island of Hawaii devastates the already shaky foundation of Insurance Investigator Pepper Bibeau's family life. Fourteen years ago, as an unwed mother, she chose to have her son raised by a 'hanai' mother on the Big Island. Now her need to face fears about past decisions must wait while she pursues a terrifying search for a possible murder suspect that escaped the notice of local police and headed to the island of O'ahu.

When Pepper learns that a relative may be responsible for the death, she engages the help of a friend living in Honolulu's Chinatown to hunt down clues, planning to notify the Honolulu Police Department as soon as she has concrete information to share. But every time she adds another layer of facts to her search, the situation becomes even more confusing.

A possible wild-goose chase leads Pepper to a North Shore back road cabin. A standoff almost gets her arrested. Instead, she is driven to an ocean overlook where she experiences the stuff of Hawaiian legends that give her new perspective on her personal life and encouragement to continue her search.

Suspects who looked guilty are deemed innocent; accused parties prove only guilty of misdemeanors, or worse, ignorance. At a loss where to turn next, Pepper has no idea how much anger, suspicion, and fear she has stirred up.