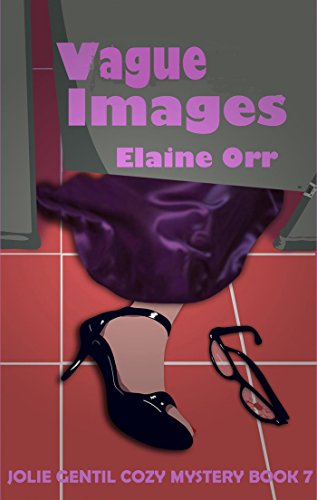 about this book: The phrase "hospitals can be deadly" is generally the punch line of a lame joke. Except in Ocean Alley, when Jolie Gentil enters the hospital restroom to find the budget cutting consultant sprawled on the floor. As if hitting a dear and ending up on crutches wasn't bad enough.

Tanya Weiss has recommended the hospital cancel orders for needed equipment and she's about to cost some people their jobs. With all the security cameras these days, it would seem the murderer would be obvious, but that's not the case.

Despite having a list of suspects, the problem is that most staff who work in hospitals are there to help people. They don't look like murderers on the outside. Jolie's good friend Scoobie has just started working in the hospital's X-Ray Department. His job would be easier if Jolie would stop asking questions. She can't.

Jolie finally decides to concentrate on the fundraiser for the food pantry and leave investigating to the police. But it may be too late – to make that choice, even to stay alive.

Other books by Elaine Orr