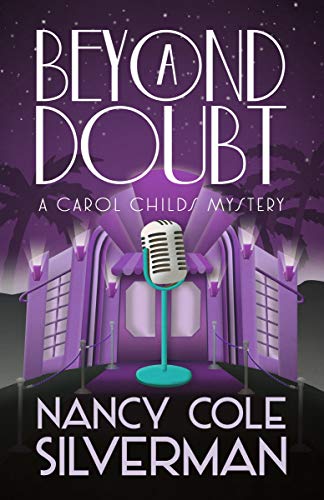 Book: Beyond a Doubt (A Carol Childs Mystery Book 2) by Nancy Cole Silverman

about this book: Ever wonder why certain news stories appear to get more coverage than others? When KCHC reporter, Carol Childs, is called to the scene of a body dump, she discovers just how difficult it is to get to the bottom on the story and keep it on the air. Powers that be, behind the scenes, want to see the story just goes away and Carol, risks career and family to see that doesn't happen. It's a fast chase above and below the streets of old Hollywood with a lot of surprising twists and turns and secrets readers may be surprised to read about.

After spending nearly twenty-five years in news and talk radio, I retired to write those stories that happened not only on the air, but behind the mic. With my new series, I'm committed to show what happens when reporters strive for the truth and the challenges they face, not only on the streets, but also in the newsroom. It's fun, it's fast, it's largely fictional, and I promise reveals a side of news few people know about.