Book: A Question of Revenge (The Judge Ment Series) by Ken Klopper

about this book: William Ment is a High Court Judge and he does what all judges do, he tries cases. Ment is a dashing, witty, and sometimes controversial character who uses his heightened intuition and special brand of logic to solve problems that he encounters. When a body is discovered that is linked to a previous case tried by Ment, he uses his special abilities to solve the murder and other murders that have remained unsolved. Ment travels to New York on the trail of the killer and uses the skills of his son and his good friend, James Riley of Shadow Investigations. Ment enters the entangled web of violence, deceit, and revenge created by the killer without realizing that he may just be the "fly" that the killer is waiting for.

Fiction is often more accurate than Reality and a great deal more interesting. 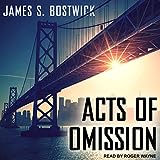