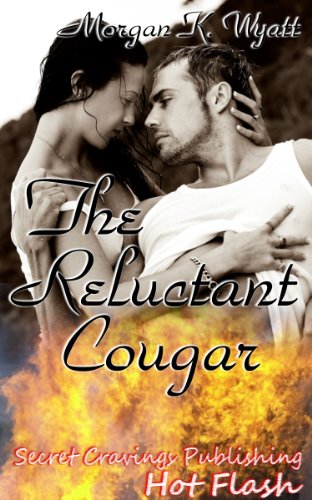 about this book: What is the Cougar Movement? Attractive, professional women who may have passed on the traditional marriage and two kids, or have separated from both due to divorce and college, suddenly find themselves in need of companionship. Dr. Richard Bowden once stated that men become more staid as they get older while women become more adventurous. Cougars are example to that theory because they are willing to go out with younger men simply because they choose to do so.

On the other hand, certain men don’t put that big of emphasis on age, but go on how they feel, and how the woman looks. This is certainly the case for Nick who encounters Ashlee at the funeral of her fiancé. They stay in contact for months before Nick makes his move, respecting her grief, but well aware quality women don’t stay unattached long.

Ashlee’s not only has to battle her attraction to the much younger Nick, but she wars against her own misgivings about the relationship being inappropriate. With the encouragement of her co-workers, she decides to take a stroll down Cougar Lane.