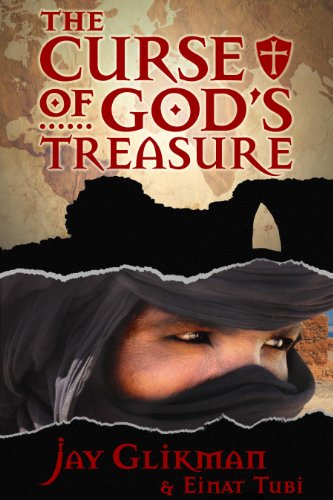 about this book: It is a story about two forgotten and ancient holy orders. One Jewish, the other Christian, Sicarii and the Knight Templar. Both thought to have vanished from pages of history. A treasure estimated at 300 tons of gold and silver, and robbed from the second temple of Jerusalem in 70AD, is the bond that links the two bands of holy warriors.

When Robert Young, a Professor of Archaeology, finds a clue to the existence of the mythical treasure, both orders surface from hiding, to prevent him from discovering the burial location of the treasure.

Running for his life from the deadly assassins sent after him, Young stumbles on a plot to assassinate the Israeli Prime Minister, to prevent him from handing over Judea and Samaria, the burial location of the holy treasure.

• My inspiration
A chance meeting with the Director of the Art and Natural museum in San Diego, and his story about the Copper Scrolls describing 64 burial sites of the second temple treasures, planted the seed.

• The writing
It was a long project. It took five years to research and write.

My limited knowledge of English grammar, was biggest hurdle, but Thankfully I have met my co-author, who assisted with that part.

• The cover
A depiction of a Sicarii warrior, with ancient ruins and the world map in the background. Telling the story through the cover.

Originally I called the book "God's Treasure", after all it was robbed from God's house, the Temple of Solomon. But as the story begins with a curse proclaimed by the last high priest, and which is the cause for all the misery that befalls many of the characters, I decided to change to "The Curse of God's Treasure".