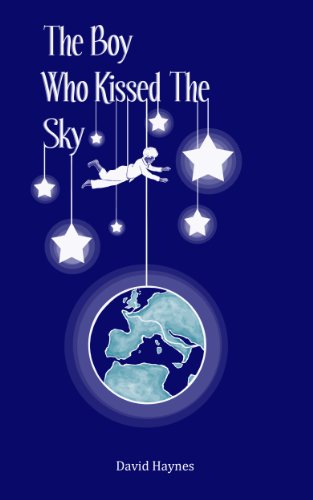 Book: The Boy Who Kissed The Sky by David Haynes

about this book: The book was initially inspired by my four year old son, George. One afternoon we were in the garden together and from nowhere he said: "Daddy? When will I be able to fly?" Of course, my immmediate reaction was to say. "Sorry George, humans can't fly, it's just not possible." But something told me I shouldn't say that. Why? Because, as long as he didn't throw himself out of the window, why shouldn't he wonder that?

The journey taken by George as an adult is across Europe to some of the places I've visited, and although the book starts with this question, it's about a whole lot more than flying!

What if you only ever do something, so fantastic, so amazing, just once? Wouldn't you spend your life wanting to do it again and again and again? Now, what if the reason you only did that amazing thing once was not for simply your enjoyment? What if it was for something else? Another reason that you eventually work out. What if it never happenned at all?

The story has some funny moments, it has a good deal of Europe and a smattering of delicious food involved. There's an Indian yogi with a strange story about Queen Victoria and her sex life. There's a magician with a penchant for pastis and brawling and then there's a beautiful Italian girl. Sounds a little odd, well it's not really but it has been described as "Quirky and Charming" and "Odd but compelling."

The cover was designed by a graduate student of graphic desing from my local university. I placed an add in their magazine asking if anyone was interested in the project and although the pay would be small the prospect of getting a piece of their work on display was enough to get alot of interest.

I hope people enjoy the book as an enjoyable "ride" with someone trying to work out...well everything really!

Thanks for considering my book.