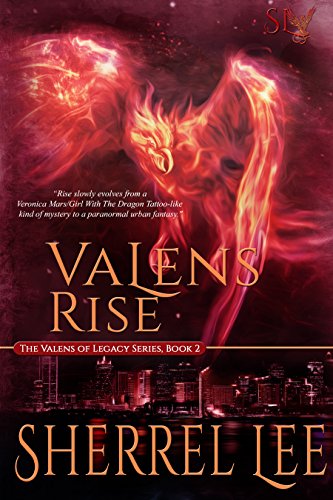 about this book: Mankind's development took two paths, the one we are familiar with and a species hiding behind human faces. These parallel men and women, the basis for the world's lore and myths, must protect the world from composite creatures created through DNA experiments.

Inspired by the love of stories about myth, legend and lore and shape-shifters, but wanted something different - morphing without the horrifying pain - possibilities inspired by the science that has already created clones - why not something less altruistic?

The audience has varied, though not a traditional young adult - it is certainly the first in a series for the older teens through the geriatric lovers of fantasy. The cover reflects the fate or creature that one of the characters can shift into.

The first part of the title "Valens" is a Latin word for Powerful, since they are a co-species of Homo Sapiens they are "Wise and Powerful Man"

Valens Rise reflects knowledge of them surfacing to correct the legends, myth and lore that made mankind forget that Valens really exist.