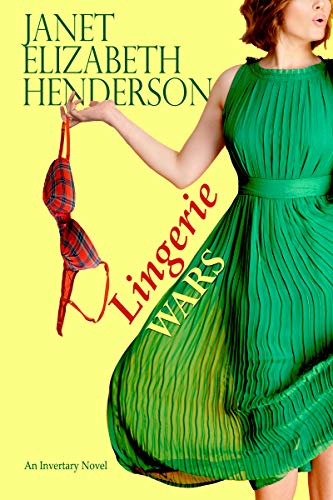 about this book: One day I was in my garden, feeding the chickens, when the character for Lake Benson popped into my head. He was tough, capable, intelligent – everything an ex-SAS soldier should be. I wondered what would make a man like that seem completely out of his element. The answer seemed logical — running a lingerie shop! That's how Lingerie Wars started. A year later the story was based in a wacky wee town in Scotland and Lake had gained some competition on the lingerie front - another shop owned by ex-model, Kirsty Campbell. Somewhere along the way, he'd also gained a sister who couldn't stand up for herself and an 87 year old woman who wanted to be his underwear mascot...

I really enjoyed writing this book. It was a blast to write about my home country and a town populated by characters that made me smile. I love the chemistry between Lake and Kirsty, but I'm especially pleased to have written characters that I would enjoy being friends with. This is the first in a series set in the same little Scottish town. The second book, Goody Two Shoes, is out at the end of 2013 - and I have to tell you, it's proving to be even more fun than the first!