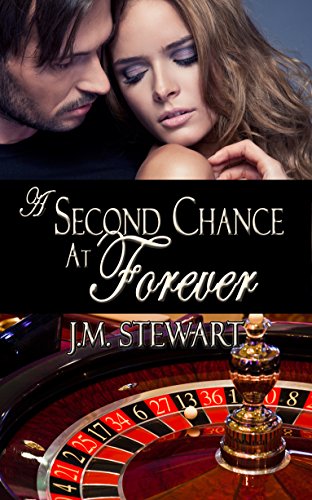 Book: A Second Chance at Forever by JM Stewart

about this book: Angela Lewis is newly divorced. She's always been the geeky girl. Smart, unpopular. After her husband leaves her for a younger woman, Angela gets a job as a stripper on the Las Vegas Strip as a means of picking her self-esteem up off the floor. In the club, Angela gets to be the sexy vixen she always wanted to be. This is where she runs into her childhood crush. They haven't seen each other in years and he doesn't recognize her. When he takes an interest in her alter ego, Angela can't resist. She only wants one night to live in the fantasy.

Alex McKinley's life has been shattered by tragedy. His wife and four year old daughter were killed in a drunk-driving accident. He's in Vegas with coworkers, trying to pick up the pieces of his life and move on. A no strings attached, weekend fling with Candy is exactly what he needs. Little does he know that Candy is actually his best friend's kid sister. He hasn't seen her since he left town fifteen years ago. Suddenly little Angie's all grown up and driving him crazy.

It's only supposed to be a weekend fling. Until Angela discovers she's pregnant. Alex knows he'll stand by her, but the more time he spends with her, the more Alex finds himself falling for the woman she's become. She makes him want to live again. The question is, can he convince her to take a chance on him?