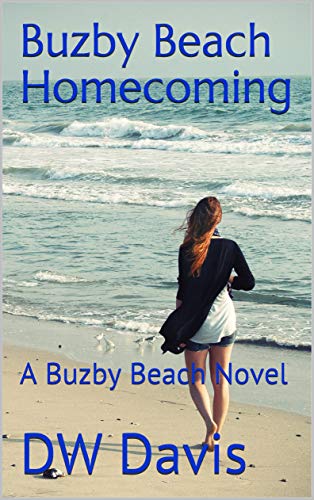 about this book: Buzby Beach Homecoming is the story of Grice Williams. Grice grows up on Buzby Beach as the son of the manager of Coastal Towers Resort. His two best friends are Beverly and Scooter Phillips. Beverly is 8 months older than Grice. Scooter is 3 months younger. They also grew up on Buzby Beach.

The story takes place in 3 parts. In Part One, we meet the three friends in their early teens. Grice and Scooter are about to start 8th Grade, while Beverly is in high school. Beverly and Grice begin to notice each other as more than just friends, but suppress those feelings as Beverly begins dating a high school boy and Grice meets Magnolia, a girl new to Buzby Beach, and they become close.

Part Two finds Grice halfway through his senior year of high school and having just enlisted in the Army through the delayed enlistment program. His decision to do so will have unexpected repercussions on his relationships with nearly everyone he knows.

In Part Three, Grice returns to Buzby Beach after six-years of service with the Army Rangers, a thrice wounded, high decorated veteran of the War on Terror. He learns that both Magnolia and Beverly have also returned to the island. If Grice wants to readjust to life home from the war, he'll have to deal with his feeling for both women as well as find a resolution to the schism between him and his mother from whom he's been estranged since he enlisted.

Buzby Beach Homecoming, a story of friendship, love, family, and loyalty set on the beautiful coast of southeastern North Carolina.

Other books by DW Davis (more)