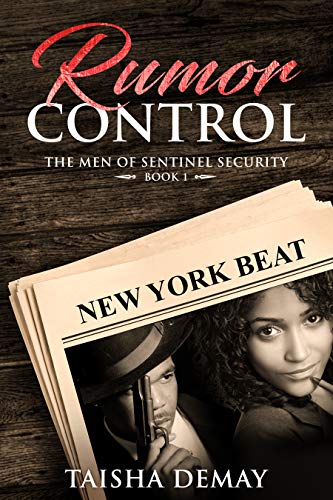 about this book: Rumor Control: The Men of Sentinel Security is a six book series that follows the lives of former Navy Seals that work at a security and private investigation firm and the women who love them. The first story, Rumor Control was inspired by a saying often used amongst the military about spreading gossip. That's how the title was born. The first character, Archer Lincoln was actually inspired by a relative who fought in WWWIi, Vietnam and Korea, and like him was an amputee. My primary target for this book is anyone who enjoys a great military-themed story. This book actually took me nearly a year to write because I had to feel it to get it done. I would write a few words then stop and put it aside and perhaps in a week or perhaps a month, pick it back up again. The cover was chosen because the love interest is a tabloid reporter and I figured a newspaper would be fitting. Extensive research on lower-limb amputation was required as well as handing around and speaking with military amputees. There was also my own experience suffering from PTSD and depression in general. Of which my character suffers. The thing I learned from writing this story is no matter what a person has endured, they are capable of love. I just want to tell each and every reader that this story meant more to me than anything I've ever written because it was loosely based on a real person.