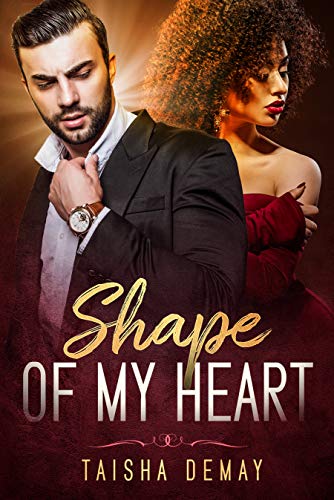 Book: Shape of My Heart by Taisha Demay

about this book: The story is about two friends that a difference in opinion cause a rift between them. Until they are reunited fifteen years later thanks to the hero's sister and they are forced to discuss the issue between them when the newly divorced heroine makes the announcement that she wants to be a mother with the help of science, that's when the hero decides that he needs to convince her that he's the better choice. This story was inspired by a song by a boy band. The primary readers of this book would be anyone who believes in a happily ever after. It took me two months to write this book and the words just stuck with me and prompted me to put a story to it. The cover was basically chosen by the fans, originally both hero and heroine were on it, but now just the hero. The hardest part of writing the book was dealing with conveying the feeling of loss on the heroines part. Research on the overall physiology of the human condition. I learned that one can be forgiven even if it's after fifteen years. I want to say to my readers that this book was special to me because like everything I write, I leave a little bit of me on the page.