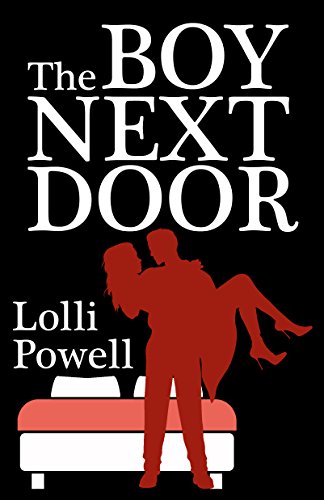 Book: The Boy Next Door by Lolli Powell

about this book: I don't restrict myself to reading only books of a certain genre, and when an idea for a contemporary romance popped into my head after I'd written a mystery/thriller, I decided not to restrict myself to writing only one. However, I did think it would be wise to use a different name so a reader would know what to expect.

My contemporary romance, The Boy Next Door, was probably the easiest book I've written to date (and I've written six). It sprang almost fully formed into my mind, and sometimes as I was writing it, I felt as if I were channeling the characters. It's the story of a forty-one-year-old divorcee who becomes reacquainted with the boy she babysat when she was only fifteen. He was an adorable four-year-old then, but now he's a very desirable man! It's a light read with some funny moments and a few very sexy ones!

The whole idea of what's appropriate or expected at different ages has always fascinated me. For example, I have a close friend who is eight years younger than me. When I was in high school, I certainly wouldn't have been friends with her—she would have been an obnoxious little kid from my perspective. My husband is ten years older than me. When I was a teen, I would have considered him an "old" man. Yet as we mature into adults, we find friends and lovers among the same age groups we shunned at another age. Laney Mitchell, my heroine, discovers the truth of that when she sees what the little boy from next door has grown into!