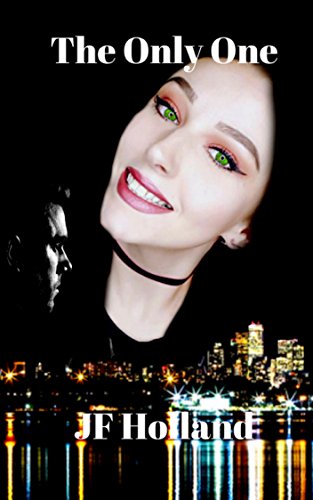 Book: The Only One (A Dennison Property Story Book 1) by JF Holland

about this book: I've gone for covers that are slightly different than the norm. I've gone for covers that actually match what's behind the covers. It irritates me no end when I start to read a book and the cover has absolutely no correlation to the story. The picture on the front is of a blue eyed blonde, but the story inside is of a dark eyed brunette. Instant annoyance for me I'm afraid. So when I wrote my books I wanted the cover to be a representation of the characters inside.

The Only one is about a woman hiding in plain site, fed up of attracting players. She subdues her normal fiery nature and disguises her looks behind plain glasses and ill fitting clothes, cliché I know, but it works for this story. Kat Phillips works at Blake Dennison's PA, she's always kind of blended into the surroundings. Blake is a bit of a player and she's seen his type too many times. After 2 years she gives in the the attentions of another player, to disastrous effect. Angry and upset she comes back into the office and tells Blake exactly what she thinks of him and men like him.

Obviously Blake is in turn angry and then shocked by this change in her demeanour. He gets his first glimpse of the real woman who's been hiding, and wants what he sees.