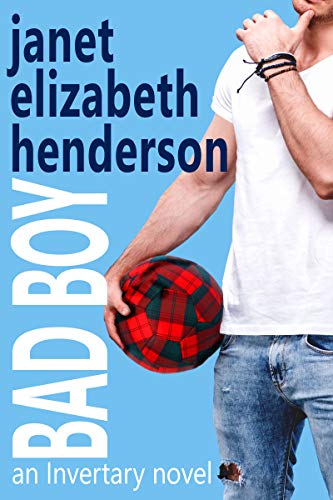 about this book: Bad Boy is a book about what happens when your past catches up with you. It's about living with the consequences of your decisions and moving forward as a better person because of them. Here's a little bit about it:

After a career ending injury, soccer star Flynn Boyle goes home to the Scottish Highlands. Having never thought beyond playing football, he has no idea what to do with himself - and options are limited for the bad boy of the European leagues. Abby McKenzie is a widow with a five year old daughter and a business that has just been destroyed in a freak accident. She's starting over, again, and to get the money for that new start she sells part of her land to Flynn Boyle. The man is supposed to be building a house. Instead, he's turning Abby's life upside down.

A single mother, a precocious child and a man who doesn't know how to be a grown up - it's romance Invertary style!