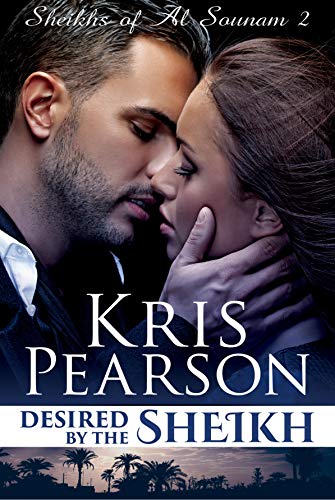 about this book: Sometimes a book is so popular that it demands another in the series. That's how this one came about. Taken by the Sheikh was my top-selling book for quite a while, so I was pleased when Lucy swam into my brain for Desired by the Sheikh.

Within minutes of me deciding she was the one, I had an email from my friend and fellow author Diana Fraser saying she'd just started writing a new novel about a girl called Lucy. Humph! That's how my girl became Stacy.

'Desired by the Sheikh' follows on from 'Taken by the Sheikh' – but only in the sense that the setting is the same, and Sheikh Akil is the cousin of Sheikh Rafiq from the first one. As Rafiq had been working undercover and keeping out of the public eye, Akil doesn't appear in the first book except in a tiny mention, and it's the same for Rafiq in the second. I have a complicated plot going on which will be unravelled in the third one – Qadir's story.

However, the boys' little sister, Halima, makes more of an appearance than I planned in 'Desired by the Sheikh' and she's beating at the inside of my brain wanting her own book. We'll see what happens! Maybe there are going to be four in this series by the time I'm finished.

'Desired' was real fun to write. I don't know how Akil got so flirty – he just IS. Maybe Stacy brings out the flirt in him? Mind you, that blue bikini has a lot to answer for…

The political situation in the Middle East plays a crucial part in this book, even though the story is a total romance. But how can the royal family ignore what's happening in their neighbouring countries – and maybe even in their own kingdom of Al Sounam?

So yes – we have a love story between two unsuitable people, political unrest, and hints of two more books to follow. I hope you enjoy it.