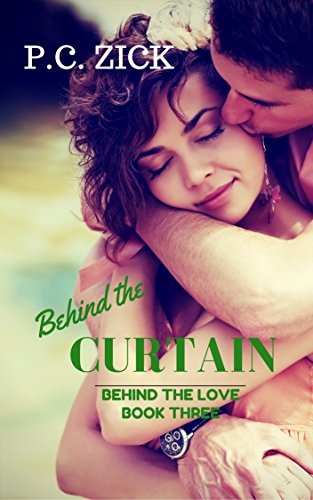 Book: Behind the Curtain (Behind the Love Book 3) by P.C. Zick

about this book: The third book in the Behind the Love series is Behind the Curtain. In this novel, Susie's sister Lisa returns to the small town of Victory, Florida. She's been trying to make it as an actress in New York City. However, when the producer of reality TV shows learns about all the famous and infamous people who've come out of the town, he decides to shoot a show there. Lisa's boyfriend Jet is friends with the producer so Lisa is slated to the be star, until good old Sally Jean comes back in her role as the big-busted and big-hearted gal all the guys love to oogle.

Tommy Jackson, a reporter from Tampa who was raised in Victory, befriends Lisa when everyone else in town is angry with her. Tommy finds it difficult to stay her friend because he dislikes what the show is doing and Lisa's role in it. The two are at odds until they find out they really have a major attraction to one another.

It's a roller coaster ride in Victory as Tommy and Lisa struggle to find love Behind the Curtain.

I loved writing this third book in the series. The characters were all so familiar, like family, and the writing of it came easily. I wrote it in a month - first draft, that is!